“Yard Sale Today” or even just “Sale Today” work just fine. Example: Error! Filename not specified. This is all you need. While driving, Yard Sailers don't have time to read directions (or even addresses); if there's too much ... 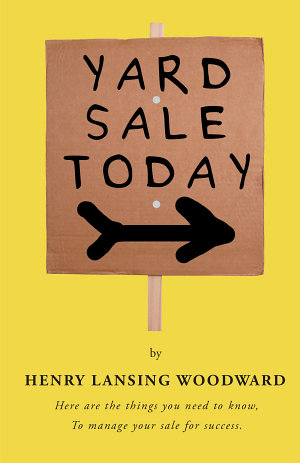 Henry L. Woodward is a devoted Sailer and a US Navy veteran who served as a Combat Medical Corpsman in Vietnam. At the end of his service, he took his discharge in Hawaii and stayed in Honolulu and began a new life. Within less than two years, he graduated as a paramedic from the State of Hawaii Paramedic School and worked “on the road” on all the islands for over a year. This experience ended when he was asked to and accepted the position of ambulance services inspection officer for the State of Hawaii, Department of Health, Emergency Medical Services System Division. In that capacity, he was responsible for inspecting all ambulances on the seven islands of the state which had ambulances and enforcing compliance with the state ambulance service regulations. Because of his successes in regulation enforcement, he was then offered and again accepted the position of program officer for all Emergency Medical Services for the entire state of Hawaii. In this capacity, he was responsible for all 911 ambulances and ambulance services, all the paramedics and all the EMTs for the state. Within two years of becoming a paramedic, he had advanced from being a paramedic to running the whole program for Emergency Medical Services for the entire state of Hawaii. Following these two successes, he left the Department of Health and became an international paramedic, traveling to forty-five countries by working wherever he went to earn money for the next stop. During this time, from 1976 through 1994, he maintained a journal completing nineteen handwritten volumes. It is from these incredible experiences that the beginning inspirations for Life’s Unknown Poems were first realized. He ultimately returned to his hometown of Vancouver, Washington, where he worked his final year as a paramedic. The next challenge was to finish his bachelor’s degree at Washington State University for which he paid by learning the art of “Yard Sailing” from a lifelong friend named Mr. Dan Kelly. It is from his three years of doing Yard and Swap Meet sales in order to pay for his school fees that this book, Yare Sale Today, has its origins. After completing his bachelor’s degree and the writing of Yard Sale Today, Mr. Woodward continued to write and has just completed his second book, Life’s Unknown Poems. This book was inspired by his travels through forty-five countries as mentioned above and will be out of editing and available for sales in the Spring of 2021. His third book, Code Three—Life of a Paramedic, is now being written. It is a collection of the ambulance calls which continued to haunt Mr. Woodward since they were first experienced during his years as a paramedic. All the deaths, all the tragedies are written as they happened, and as Mr. Woodward told me, “It was time to get rid of them. I didn’t want to continue remembering them all and go on to die so sad. I had to do something, so I wrote them out to get them out.” For now, Mr. Woodward hopes you enjoy Yard Sale Today in either the print or online versions. 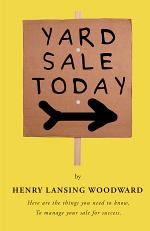 Authors: Henry Lansing Woodward
Categories: Family & Relationships
Henry L. Woodward is a devoted Sailer and a US Navy veteran who served as a Combat Medical Corpsman in Vietnam. At the end of his service, he took his discharge in Hawaii and stayed in Honolulu and began a new life. Within less than two years, he graduated as 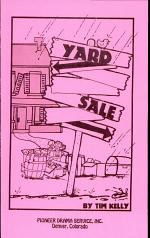 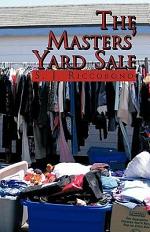 Authors: S. J. Riccobono
Categories: Fiction
Twenty-seven-year-old Sheila Culdeski has just lost both her boyfriend and her job as a CPA. While interviewing for one job after another, she doesn't believe her life can get any worse. Trying to maintain a positive attitude, she impulsively stops at a yard sale near her home in a Los 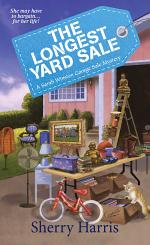 Authors: Sherry Harris
Categories: Fiction
In this cozy mystery by the author of Tagged for Death, this little town’s garage sale is full of hot deals and cold-blooded murder. When Sarah Winston turns Ellington, Massachusetts, into New England’s largest garage sale for a day, it’s the small town’s biggest event since the start of the 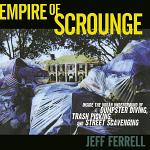