... Wagner's music was the melody of the potion, an envenomed mixture which tested the power of redemptive, though usually ... but the thirteenth-century tale was German enough, with its familiar thread of GENIUS, POWER AND MAGIC. 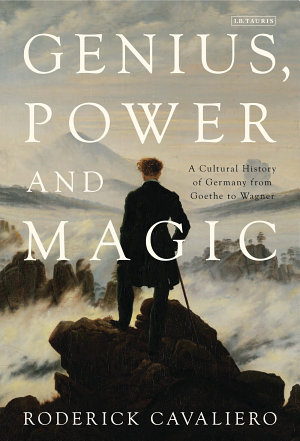 Before unification, Germany was a loose collection of variously sovereign principalities, nurtured on deep thought, fine music and hard rye bread. It was known across Europe for the plentiful supply of consorts to be found among its abundant royalty, but the language and culture was largely incomprehensible to those outside its lands. In the long eighteenth and nineteenth centuries- between the end of the Thirty Years War in 1648 and unification under Bismarck in 1871 - Germany became the land of philosophers, poets, writers and composers. This particularly German cultural movement was able to survive the avalanche of Napoleonic conquest and exploitation and its impact was gradually felt far beyond Germany's borders. In this book, Roderick Cavaliero provides a fascinating overview of Germany's cultural zenith in the eighteenth and nineteenth centuries. He considers the work of Germany's own artistic exports - the literature of Goethe and Grimm, the music of Wagner, Schumann, Mendelssohn and Bach and the philosophy of Schiller and Kant - as well as the impact of Germany on foreign visitors from Coleridge to Thackeray and from Byron to Disraeli. Providing a comprehensive and highly-readable account of Germany's cultural life from Frederick the Great to Bismarck, 'Genius, Power and Magic' is fascinating reading for anyone interested in European history and cultural history.