“ Fake facts ” are as old as the pyramids , and Dr Arbuthnot wrote his perceptive tract The Art of Political Lying in the early eighteenth century . But there is some truth in the belief that the Trump epoch marked the apogee of a ... 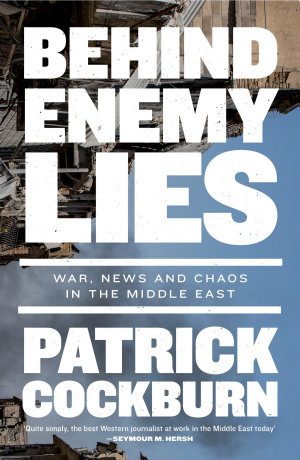 A journalistic account of Trump's wars in the Middle East from a highly acclaimed journalist who has been reporting on the area for decades In this urgent and timely book, Patrick Cockburn writes the first draft of the history of the current crisis in the Middle East. Here he charts the period from the recapture of Mosul in 2017 to Turkey's attack on Kurdish territory in November 2019, and recounts the new phase in the wars of disintegration that have plagued the region, leading to the assassination of Iranian General Sulemani. Cockburn offers panoramic on-the-ground analysis as well as a lifetime's study of the region. As author of The Rise of Islamic State, and the Age of Jihad, he has proved to be leading, critical commentator of US intervention and the chaos it has wrecked/ And here he shows how, since Trump entered the White House promising an end to the Forever War, peace appears a distant possibility with the continuation of conflict in Syria, Saudi Arabia's violent intervention in the Yemen, the fall of the Kurds, riots in Baghdad, and the continued aggression towards Iran. While ISIS has been defeated, it is not clear whether it has disappeared from the region. Trump's policies has appeared to pour petrol on the flames, emboldening the other superpowers involved in the proxy wars. Following the collapse of the deal with Iran, and the threat of war crimes, is a new balance of power possible? 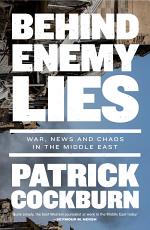 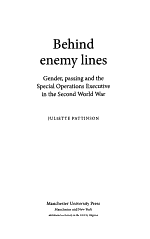 Authors: Juliette Pattinson
Categories: History
Behind Enemy Lines is an examination of gender relations in wartime using the Special Operations Executive as a case study. Drawing on personal testimonies, official records, and film, it explores the extraordinary experiences of male and female agents who were recruited and trained by a British organization and infiltrated Nazi-Occupied
Language: en
Pages: