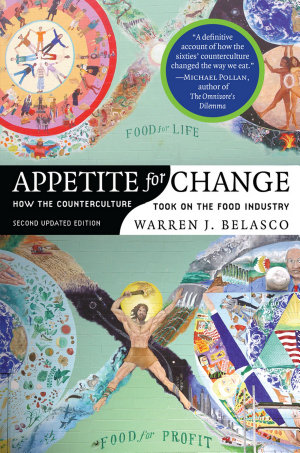 In this engaging inquiry, originally published in 1989 and now fully updated for the twenty-first century, Warren J. Belasco considers the rise of the "countercuisine" in the 1960s, the subsequent success of mainstream businesses in turning granola, herbal tea, and other "revolutionary" foodstuffs into profitable products; the popularity of vegetarian and vegan diets; and the increasing availability of organic foods. From reviews of the previous edition: "Although Red Zinger never became our national drink, food and eating changed in America as a result of the social revolution of the 1960s. According to Warren Belasco, there was political ferment at the dinner table as well as in the streets. In this lively and intelligent mixture of narrative history and cultural analysis, Belasco argues that middle-class America eats differently today than in the 1950 because of the way the counterculture raised the national consciousness about food."—Joan Jacobs Brumberg, The Nation "This book documents not only how cultural rebels created a new set of foodways, brown rice and all, but also how American capitalists commercialized these innovations to their own economic advantage. Along the way, the author discusses the significant relationship between the rise of a 'countercuisine' and feminism, environmentalism, organic agriculture, health consciousness, the popularity of ethnic cuisine, radical economic theory, granola bars, and Natural Lite Beer. Never has history been such a good read!"—The Digest: A Review for the Interdisciplinary Study of Food "Now comes an examination of . . . the sweeping change in American eating habits ushered in by hippiedom in rebellion against middle-class America. . . . Appetite for Change tells how the food industry co-opted the health-food craze, discussing such hip capitalists as the founder of Celestial Seasonings teas; the rise of health-food cookbooks; how ethnic cuisine came to enjoy new popularity; and how watchdog agencies like the FDA served, arguably, more often as sleeping dogs than as vigilant ones."—Publishers Weekly "A challenging and sparkling book. . . . In Belasco's analysis, the ideology of an alternative cuisine was the most radical thrust of the entire counterculture and the one carrying the most realistic and urgently necessary blueprint for structural social change."—Food and Foodways "Here is meat, or perhaps miso, for those who want an overview of the social and economic forces behind the changes in our food supply. . . . This is a thought-provoking and pioneering examination of recent events that are still very much part of the present."—Tufts University Diet and Nutrition Letter 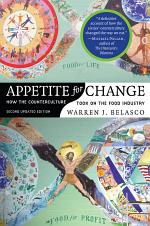 Authors: Warren J. Belasco
Categories: History
In this engaging inquiry, originally published in 1989 and now fully updated for the twenty-first century, Warren J. Belasco considers the rise of the "countercuisine" in the 1960s, the subsequent success of mainstream businesses in turning granola, herbal tea, and other "revolutionary" foodstuffs into profitable products; the popularity of vegetarian 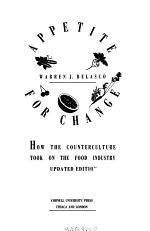 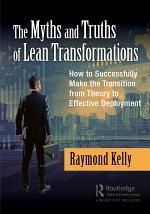 The Myths and Truths of Lean Transformations

Authors: Raymond Kelly
Categories: Business & Economics
This book is a crucial resource for Lean practitioners (experienced or not) who are seeking: insight on how to gain more from their Lean efforts, how to overcome resistance to change (that is, to effectively convey 'What’s in it for me?' to their business associates), and to understand how other 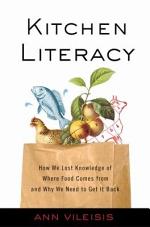 Authors: Ann Vileisis
Categories: Cooking
Ask children where food comes from, and they’ll probably answer: “the supermarket.” Ask most adults, and their replies may not be much different. Where our foods are raised and what happens to them between farm and supermarket shelf have become mysteries. How did we become so disconnected from the sources 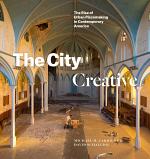 Authors: Michael H. Carriere, David Schalliol
Categories: Architecture
In the wake of the Great Recession, American cities from Philadelphia to San Diego saw an upsurge in hyperlocal placemaking—small-scale interventions aimed at encouraging greater equity and community engagement in growth and renewal. But the projects that were the most successful at achieving these lofty ambitions weren’t usually established by